Bitcoin (BTC) dipped below $39,000 on Aug. 2 in what traders had long predicted would be a necessary reaction to recent gains.

After a successful weekend turned less optimistic, the start of the new week saw mixed activity as Bitcoin bulls faced off with the prospect of fresh FUD from regulators.

For Cointelegraph contributor Michaël van de Poppe, a comedown was nonetheless not just likely, but necessary.

“Given the vertical move that we’ve had, it would be very surprising if we just continued moving towards $48,000, as that is the next point of interest,” he explained in a fresh YouTube update.

Van de Poppe noted that low volumes on the rise to local highs above $42,500 fuelled the argument that such levels constituted a “fakeout.”

Despite volumes remaining low for supporting a bullish advance, meanwhile, on-chain data showed a return to form among Bitcoin entities at large.

As noted by Lex Moskovski, chief investment officer of Moskovski Capital, average weekly active Bitcoin network entity numbers were back at levels last seen before the May BTC price drop. 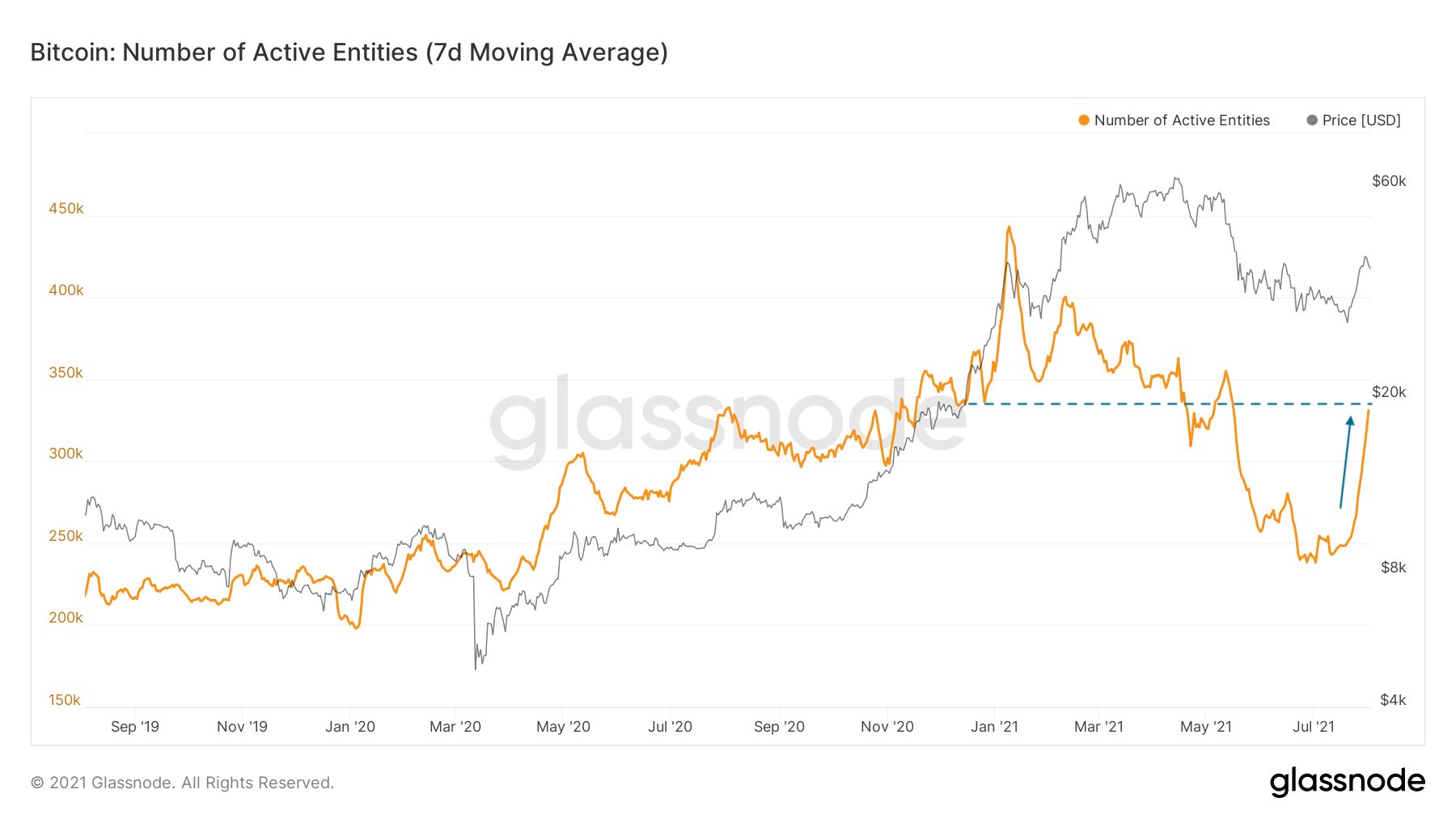 It’s not the only metric to have “erased the dump,” as Moskovski calls it — strong hodler command of the BTC supply has also rebounded strongly, with illiquid supply hitting all-time highs.

In additional good news, the entire realized cap of Bitcoin was growing again as August began, something stock-to-flow model creator PlanB suggested was a bullish event.

#bitcoin realized cap is rising again! Realized cap is the average price at which all 18.77M BTC were last transacted (calculated over all utxo’s). Also, the few sellers at the moment sell at a profit (not a loss like in May and June). IMO this is bullish. pic.twitter.com/q3mhSZ19oH

Ethereum Remains In Uptrend, Why ETH Could Surpass $3,600